I try not to think about him or to look for him. I’ve stopped leaving his dinner out for him. At least for tonight, I think I have. It’s hard to let go of his beauty, though. I want to see him again and hope to be able to touch him. But I’m afraid he feels betrayed.

When my neighbor in the next apartment mentioned how odd it was that the larger rabbits in the neighborhood were white, and the small ones brown, I had no idea what he was talking about. I said they all looked gray-brown to me. Then it arrived in our courtyard. A domestic rabbit, someone’s lost or abandoned pet. My neighbor said, “See? It wasn’t just some Jefferson Airplane thing.” Since then, that song has played in my mind, complete with lyrics I didn’t realize I knew. Feed your head?

I was more concerned with feeding the rabbit. I wanted to tame it and find it a good home. Pet rabbits’ colors make them easy prey. This rabbit is white, astoundingly clean as if freshly washed and brushed, with gray-brown ears and a little gray stripe down its back. A few days after its first arrival, it was joined a smaller white bunny with gray spots. They sometimes went to the yard of the empty trailer across the alley and out into the alley. There’s grass there, but dogs who escape their owners tend to show up there. And two big, half-feral Siamese cats prowl the neighborhood, hunting. Not to mention foxes and hawks. I know nature has to take its course, but I grew attached to the white rabbits, giving them fruits and vegetables, and they began to come up and eat from my hand. The white rabbit was so at ease with me, he would sit there after a veggie snack and wash his face, yawn, and stretch out for a nap. Once I saw him fold an ear down and run it through his mouth for cleaning and flip it back up.

My neighbor and I located the rabbits’ original owner. His fiancée’s granddaughter moved out of state to live with her dad and left seven pet bunnies behind. Two escaped. The man didn’t want the runaways back, but he brought me a lot of food for them. The spotted bunny got adopted, after a minor chase in the yard. I was impressed with how the mother-and-son team who came for the bunny worked together to catch her in a fishing net on a pole. They raise rabbits, and the teenaged boy shows them in 4H. They donate affectionate bunnies who don’t make good show rabbits to families whose children with autism need a pet. They also take bunnies to the Veterans’ Home for petting. The spotted rabbit screamed like a human for a moment when her paws got tangled in the net, but once her new owner had her cradled in his arms, she totally trusted him and let him examine her paws and teeth. I got to pet her finally. She had the softest fur I’ve ever touched. Now she’s living in what I call the Bunny Spa, safe and loved with plenty of fresh water and hay.

But Bunny Number Two is another story. The white rabbit. We tried to catch him twice and failed. While the sunset burned orange into gray clouds in the west, he led us down alleys and over rocks and goatheads and other thorny weeds in the yards of run-down, abandoned houses and trailers, places I would not otherwise have gone. (This feels like a great opening scene for a mystery.) The boy caught him briefly in his net, but the bunny sprang out before the magical taming cuddle could take place.

I decided to break up with the white rabbit, to let go of trying to save him and pet him and take care of him. He no longer stops by in the evening to hang out with me and receive offerings of pears, spinach and lettuce. Not after the episode of the net. Instead, he visits early in the morning while I’m still sleeping. My neighbor sees him sitting under the fig tree where I’ve been leaving his nightly salad and bowl of water, staring  back at him. White Bunny is playing hard to get. I say we’ve broken up, but in truth, this could go on a long time. As Alice could tell, you, once you start chasing white rabbits … 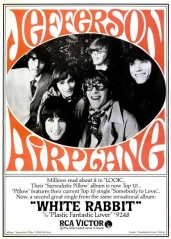 Helping you get the life you've always wanted

My journey - The good, bad and the ugly