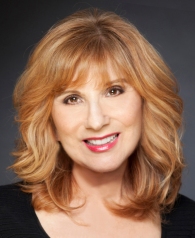 Vanessa A. Ryan is an actress in Southern California. She was born in California and graduated from UCLA. When not writing or acting, she enjoys painting and nature walks. Her paintings and sculptures are collected worldwide. At one point, she performed stand-up comedy, so her writing often reflects her love of humor, even for serious subjects. She is the author of A Palette for Murder, A Blue Moon and the trilogy Horror at the Lake. She lives with her cats Dezi, Teger and Riley, and among feral cats she has rescued.

The art works featured in this interview are by Vanessa A. Ryan

AF: How did this book start? Tell me about your creative process.

VAR: The book started with a visit to Santa Fe. Originally, the story took place in Los Angeles but ended up in Santa Fe. But when I moved to Santa Fe, I changed the focus of the story to Santa Fe, with brief forays into California. Regardless, the ending of the story is similar. In fact, when I lived in Santa Fe, my house burned down and I lost the last version of this novel that was in my computer. I found half of an older version of the manuscript on the upper shelf of a coat closet. Everything below the shelf had burned, but the first half of the manuscript was intact, as well as the last page of it. I was overjoyed when I found the manuscript until I realized it wasn’t up-to-date and not all of it was there. I set it aside for quite a few years until I rewrote it last year.

AF: Amazing. It sounds as if this book was meant to be. What’s your relationship with Santa Fe?

VAR: I had visited Santa Fe a few times and then I lived there for several years.

AF: Tell me about your research. Did any of the galleries bring you behind the scenes?

VAR: I have exhibited my work in Santa Fe so I know the art scene. I also have an artist friend who lives there and keeps me informed about the galleries. I didn’t go behind the scenes for the book, though I have on other occasions.

AF: Have you done work like Lana’s job in the insurance industry? You seem to know the business inside out.

VAR: I wrote a series of articles for an insurance correspondence school as a freelance job, which is how I learned about that industry. Also, my first job out of college was a claims examiner for a large insurance company. I didn’t go in the field, but stayed in the office taking statements and writing up claims.

AF: I’m curious about that Picasso. Is this based on an actual or rumored work of his?

VAR: The last Picasso isn’t based on the last painting he did. It’s fiction.

AF: I noticed you used a blend of both real locations and fictitious ones. How did you go about deciding when to fictionalize and when ones to use real names? (Example: Suique Pueblo, fictitious; Canyon Road, real.)

VAR: I did that for legal reasons. My publisher has guidelines on this issue that I had to follow. I didn’t want to write about an actual tribe, but using real streets and towns, as long as they didn’t pertain to an actual address or business, was okay.

AF: Lana is pretty darned fearless, not only about getting hurt but about getting caught. Is she like you? Or is she pure invention?

VAR: She’s more invention than not. What we have in common are blond highlights, a disdain for snobs and a driving curiosity to know things. I wanted a character who is a little gutsy and not afraid to delve into the unknown. While I’m as curious about things as she is, I have a healthy respect for danger and I like to stay away from it. But I am as outspoken as Lana is fearless. And sometimes that gets me into trouble. I guess that’s my version of living dangerously. And if there’s something I want to know, I like doing detective work—just not in person as Lana does—only online, on the phone, or by researching articles and books.

AF: If you could spend a week in Santa Fe doing anything you wanted, what would you do?

VR: I would check out the scenery, the art galleries and hang out in some of my favorite watering holes. Like Lana, I don’t drink but I enjoy being in a crowded bar. More conversation to eavesdrop on for my next book.

VR: I hope readers will enjoy Lana’s adventures and the strange and haunting landscape of New Mexico. 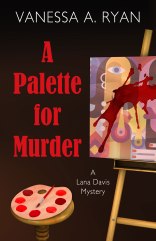 Vanessa A. Ryan picked the perfect background for a murder mystery in Santa Fe: rich people, not-so rich artists, and crime and corruption in the city’s art world.

First, some relevant local data: In the Santa Fe Reporter’s 2013-14 Annual Manual, the city’s population was given as 68,642 residents. The more recent Manual didn’t give us the population number, but both editions say that the City Different has four art galleries per 1,000 residents. That’s a lot of art. After city government, it’s the primary business in town, aside from tourism. Santa Fe is ranked the number one city for air quality in the country, and has 320 days of sunshine a year, which may be part of the reason it’s the fourth happiest city. I’ll second that. Music and dancing and general festivity are a way of life. The downside? The cost of living in Santa Fe is 17.7% higher than the national average. Maybe that’s why it’s not the happiest city. But without all those wealthy people, the art scene would die. It’s a necessary symbiosis—and central to this story.

Insurance administrator Lana Davis comes to Santa Fe looking for the beneficiary of a life insurance policy. As soon as she starts her search, the plot gets complicated. I can find my way around Santa Fe’s oddly configured streets without a map, but I couldn’t figure out whodunit. This is a classic puzzle type of murder mystery. Everyone’s a suspect, and I mean, everyone.

The behind-the-scenes look at an art gallery was intriguing. A lot of the little details—how important it is to some people to be invited to a benefit auction, the way rich people can tell who’s really one of them but poor artists can’t, and even snobbery about fauxdobe—also give the book an “insider” feel.

Lana is an amusing narrator. She’s basically good but willing to bend rules just enough to take some risks she shouldn’t take, and she’s cool enough not to get as freaked out by death, danger and violence as most people would. If she were an animal, she’d be a cat: independent, self-sufficient, and persistent and clever in the chase. She has nine lives, too, and is good at landing on her feet—at least figuratively. This makes her a good fit for the amateur sleuth role—the personality has to be believable for the premise of the amateur investigator to work. More sensitive or rule-following folks wouldn’t dare get into the situations she does. I think there are two kinds of series protagonists: the ones we identify with, and the ones we would like to be for a day. Lana is the second kind.

Ryan is a polished story-teller. If you like tight plotting, a great setting and a fast pace, this is your book.

Next week, author—and artist—Vanessa A. Ryan is my guest for an interview