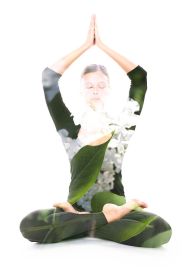 I had a pleasant and unexpected visit from a student who took my freshman seminar last fall. Its topic was mindfulness and critical thinking. I like to imagine it had a lasting effect, but it’s general education, not a course in my department, so I may not see the students again unless they get into my perpetually wait-listed yoga class as juniors or seniors. This young man stopped by to tell me that he was finishing the books, Work as a Spiritual Practice and The Wise Heart. Like many, he got about two thirds of the way through them during the course. Reading them more slowly and thoughtfully on his own, he’s getting more out of them. He wanted me to know that the class had an impact, and that his way of thinking about and looking at everything was changing. He’s paying attention to what he eats and questioning his choices, not being mindless. This sounds small, but in the big picture of a life, it’s not. How we relate to the world and ourselves through our food can be meaningful as well as have an effect on our health.

That which we teach ourselves, we truly learn. The class gave him the opportunity, but now he’s independently applying and internalizing the skills of meditation and awareness. He asked me for suggestions and the main thing I could say was practice. Daily practice. I’m not a guru or spiritual teacher; I’m just someone who has committed to daily practice. With that, everything changes. He asked about opening the third eye, and I said that it can happen, but it’s not a goal, and in the Buddhist traditions, it’s seen as more of a side-effect than something to get too wrapped up in. Yes, psi occurrences—the siddhis, as they are called in yoga—can result for meditators, but if they are set as goals they can be distractions from present-moment mindfulness. For some people, they never happen. For others they arise for a while and then quietly cease. As I mentioned in my review of One Mind, such events are evidence of interconnectedness and a deeper level of reality, but mindfulness doesn’t strive for special effects in consciousness. There’s nothing to seek, only practice.

One thought on “Daily Practice”