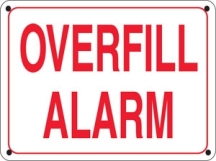 Taking my freshman seminar students for a mindful walking meditation excursion, I noticed things I’d never seen before. Most striking was a college van parked near the softball field, overgrown with vines. How fast did they take it over? Had the van been forgotten?

As always on such walks, I noticed the sounds: wind in leaves, the nearby river rolling softly over rocks, birds and crickets singing, and our footsteps. When we reached the park I was aiming for, one of my students found a friendly black cat and held him up. Part of the mindful condition is that we don’t talk or use phones for forty minutes. Her smile communicated all that was needed, and several of us gathered around her to pet the cat. Mindfully. Feeling the catness of the cat.

I watched carp in a lily pond, ducks on the river, and then crossed under a bridge to another part of the park. There, I saw a flock of birds reflected in gray water that was busy with a swarm of water-walking bugs, a moment of earth-sky-water symmetry that put my mind on pause. Pure perception uncluttered by the noise of thought.

A thin old tuxedo cat with a red collar trailed several students into a gazebo. He seemed to want human company, but unlike the black cat, he found no one to pay attention to him. When I went to pet him, the girls sitting in the gazebo were on their phones. Surrounded by nature’s beauty, free to enjoy silence, with a cat who wanted affection sitting at their feet, they were sucked into tiny screens.

On our return to campus, I stopped in front of another thing I’d never noticed before: a big yellow sign on the maintenance building that says OVERFILL ALARM. The class gathered in silence and looked at it. It was finally time to talk.

Does your brain have an overfill alarm? Do you override it and keep putting more in? What are the signs that it’s about to go off?